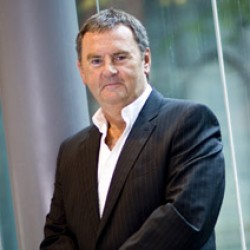 Professor Paul Tipton is an internationally acclaimed Prosthodontist who has worked in private practice for more than 30 years. He is the founder of Tipton Training Ltd, one of the UK’s leading private dental training academies and the author of over 100 scientific articles for the dental press.

He was voted one of the ‘most influential dentists in the UK’ by his peers in Dentistry Magazine in 2013 and finished in the top three dentists in Aesthetic Dentistry’s poll in November 2012.

Professor Tipton qualified from Sheffield University in 1978 and in 1982 opened his own referral practice in Manchester. He continued to build his skills, studying at Eastman Dental Hospital in London, where after two years of study, he obtained a Masters Degree in Conservative Dentistry in 1989. In the same year he started teaching on the University of Manchester’s MSc in Restorative Dentistry. He is now a lecturer on their MSc programme in Aesthetic and Restorative Dentistry and also lectures at Kings College London (LonDEC).

In 1992, Professor Tipton was awarded an honorary Diploma in General Dental Practice from the Royal College of Surgeons of England and was appointed a member of the British Dental Association’s Independent Practice Committee. In 1999, he was certified as a Specialist in Prosthodontics by the General Dental Council.

In 2013, Paul was awarded with the title of ‘Visiting Professor' following his appointment as programme leader for the City of London Dental School’s new MClintDent modules in Restorative and Cosmetic dentistry. He uses his expertise to assist the faculty in delivering one of six postgraduate dental programmes at BPP University.

He is currently the President of the British Academy for Restorative Dentistry and was recently elected Fellow of the International Academy of Dental Facial Esthetics (IADFE). View the public profiles showing the interests, experience, education and qualifications of the Dental Circle professionals. Browse by:

We use cookies on our website to give you the most relevant experience by remembering your preferences and repeat visits. By clicking “Accept”, you consent to the use of ALL the cookies.
Cookie settingsACCEPT
Manage consent

This website uses cookies to improve your experience while you navigate through the website. Out of these, the cookies that are categorized as necessary are stored on your browser as they are essential for the working of basic functionalities of the website. We also use third-party cookies that help us analyze and understand how you use this website. These cookies will be stored in your browser only with your consent. You also have the option to opt-out of these cookies. But opting out of some of these cookies may affect your browsing experience.
Necessary Always Enabled

Any cookies that may not be particularly necessary for the website to function and is used specifically to collect user personal data via analytics, ads, other embedded contents are termed as non-necessary cookies. It is mandatory to procure user consent prior to running these cookies on your website.