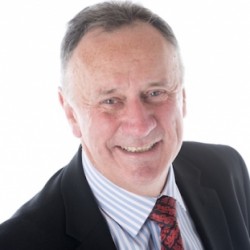 Dr Alun Rees BDS, The Dental Business Coach, graduated from Newcastle University and started his career as an oral surgery resident, before working as an associate in a range of different practices. With this solid foundation, Alun went on to launch two practices in the space of just 15 months, a challenge in the toughest economic conditions. After years of hard work Alun finally sold his dental business in 2005.

Alun’s background and experience give him a strong understanding of what others go through to build a successful practice. He has seen many different approaches and learned his own lessons in the real world. He is an accepted authority of practice organisation and management and has written and presented widely on the subject.

A CTI trained coach and Kolbe consultant, Alun now runs Dental Business Coach to offer specific and specialised support for dentists and their teams. He has served as a media representative for both the BDA and BDHF and has featured on BBC2, Sky TV and various radio stations.

Based in West Cork but working throughout the UK & Ireland Alun understands and appreciates the challenges, both large and small, that face dentists every day.

In and around Peterborough, Cambridgeshire.

Several associate posts in a variety of practices learning how I didn’t want to practice.

Great experience of in and out patient care plus the demands of treating trauma victims.

Low cost, cold squat which ran at a profit on 2 days a week until the bank insisted that I combine the two sites. They were wrong.

A “cold squat” in an expanding suburb of Gloucester. Conversion to Independent practice in 1993.

View the public profiles showing the interests, experience, education and qualifications of the Dental Circle professionals. Browse by: