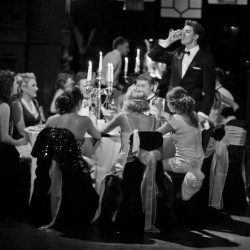 It has been over half a century since the American poet Ogden Nash offered his satire towards the dental profession and yet today’s dental practioners still continue to be challenged. The terms pain and root canal are often thought of as one by the public [1] and clinicians must frequently deal with this misguided preconception. Managing this pain is an integral part of the field of endodontics, often considered a sign of clinical excellence; it requires a thorough understanding of the pain system and the mechanisms by which drugs and therapies offer relief.

Dental pain may arise before, during or after endodontic therapy and the method for management of this pain is different in each case. This paper aims to explain the mechanisms responsible for this pain and then address its management in relation to stages of treatment.

Background: The link between diet and erosion is now subject to extensive research as it becomes of growing concern to both the dental community and the public. Dental erosion is multifactorial in nature, highly influenced by individual habits and lifestyles alongside the chemical factors of each food or drink. The prevalence of erosion is growing and with this comes complications of tooth sensitivity, aesthetics and loss of occlusal vertical dimension.

Are you sure you want to delete this article?